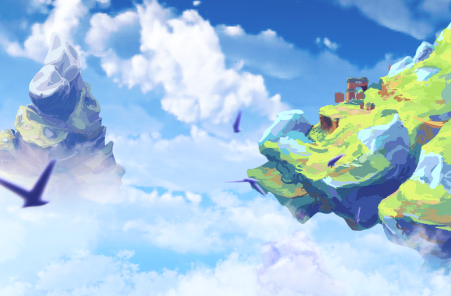 Brenia is home to a small, tightly knit community of wizards who are the last surviving bloodline of a more prosperous time. Brenia was founded by the great wizards of the previous era, and it flourished for many centuries until the day when the power inside the mountain was unleashed by Elthëlian, the God-Spirit of the Light. The afternoon sky turned to a bright purple, and fire and brimstone rained from above. Although the destruction wasn’t great, it left behind something that all but ensured Brenia’s demise: the Curse.

Since that day, children became increasingly rare in Brenia, and with each generation, more and more women were unable to bear children. Alicia and Hostra are the only two wizards to be born in decades, and the only hope for Brenia’s dwindling future.